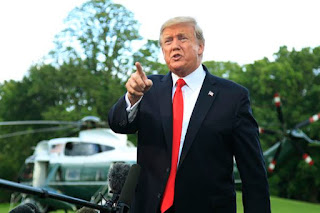 Donald Trump has criticized Bitcoin, Facebook’s proposed Libra digital coin and other cryptocurrencies and demanded that companies seek a banking charter and make themselves subject to US and global regulations if they wanted to “become a bank”.

“I am not a fan of Bitcoin and other Cryptocurrencies, which are not money, and whose value is highly volatile and based on thin air,” Trump wrote on Twitter.

“If Facebook and other companies want to become a bank, they must seek a new Banking Charter and become subject to all Banking Regulations, just like other Banks, both National and International,” he added.