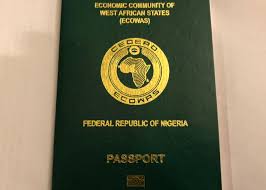 Maikudi Haruna, a senior official of the ministry of power, works and housing, has been arrested for allegedly forging the signature of a former minister.

In a statement by Sunday James, spokesperson of the Nigerian Immigration Service (NIS), Haruna was accused of forging the signature of the minister in charge of his ministry to help one Abubakar Mustapha, his client, obtain an official passport.

An official passport is given to senior federal government officials, state executives and senior military personnel. However, James did not mention the minister whose signature was forged. Until May, Babatunde Fashola was the minister of power, works and housing. The statement said Haruna collected the sum of N250,000 from Mustapha and created the ministry’s staff identity card for him in order to process the passport with the NIS.

He said despite knowing that Mustapha was not a staff of the ministry, Haruna went ahead to forge the minister’s signature on the identity card. The spokesperson stated that the suspects have been charged before Taiwo Taiwo, judge of the federal high court, Abuja, to serve as a deterrent to others who might want to exploit the system in the future. He was charged with conspiracy and making false statement for the purpose of procuring Nigerian passport and engaging in forgery.

“The Comptroller General of Nigeria Immigration Service Muhammad Babandede MFR has vowed not to spare individual or groups involved in passport related offences from getting away with it,” he said. “The warning came at the wake of the prosecution of a senior protocol officer in the Ministry of Power, Works,and Housing Maikudi Haruna involved in the Forgery of documents meant for the procurement of Nigerian Passport.
on July 08, 2019