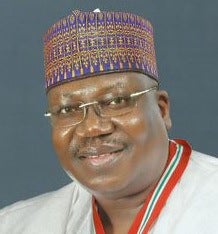 Senate on Wednesday warned the South African government to halt the frequent killings of Nigerians by its citizens to avoid grave consequences.

President of the Senate, Ahmad Lawan, who stated this at plenary, warned that the South African government must extend due respect to Nigeria and should not take the good gesture towards it for granted. The senate also summoned the Nigerian ambassador to South Africa to explain the circumstances that led to the murder of the Deputy Director-General of Chartered Insurance Institute of Nigeria, Elizabeth Ndubusi-Chukwu, in the country recently.

The killing of Ndubusi-Chukwu in June made the number of Nigerians murded in South Africa in three and half years to rise to 127. Debating the death of the CIIN deputy director, the Senate asked the Ministry of Foreign Affairs to issue travel alerts to Nigerians going to South Africa.  The red chamber also asked the ministry to carry out a comprehensive investigation into the death of the woman. The Senate took the decision following a point of order raised by the Senate Minority Leader, Enyinnaya Abaribe who drew the attention of his colleagues to the gruesome murder of Ndubusi-Chukwu.

He said, “Elizabeth Ndubusi-Chukwu, a mother, and an indigene of Anambra State, was found dead in one of the rooms at the Emperors Palace Hotel and Convention Centre, on June 13, 2019, where she lodged. “She went to South Africa to attend the Conference of the African Insurance Organisation (A10) and initially was suspected to have died of cardiac arrest.

The Insinuation was proved wrong, following autopsy report released on June 20, 2019, by South Africa’s Department of Home Affairs, which indicated in a Death Certificate that the death was unnatural and suspected to be murder due to strangulation. “The suspicion that she could have been murdered was further confirmed in a separate document issued by South Africa’s Department of Health on June 27, 2019, where it corroborated the autopsy report and revealed that she was strangled.”

He expressed concern that in curious twist, it was alledged that Emperor Palace Hotel and Convention Centre where she lodged, was reluctant to cooperate with the law enforcement agencies to unravel the circumstances surrounding her suspicious death. Abaribe also noted that it was not the first time Nigerians have died in suspicious and curious circumstances in South Africa.