Usher demands $2,500 in sanctions against woman who claimed he passed on Herpes to her 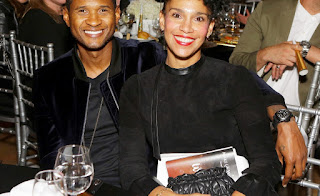 Usher has requested a Los Angeles court force one of the women who accused him of giving her herpes to pay $2,500 in sanctions in the case. The Grammy-winning artist, 40, says his accuser - identified in legal docs as Jane Do and her lawyers went astray in the case when she would not answer questions during a deposition last month.

In the June 25, 2019 deposition, the Burn singer asked his accuser multiple questions about how he transmitted herpes to her. The Atlanta, Georgia native has asked the presiding judge in the case to implement financial penalties for her silence in the deposition, and force her to answer the questions on the record.

The artist said that the woman had no basis to stonewall him, saying her silence was 'based on two objections, both of which are so frivolous as to be sanctionable' by the court. Amid the deposition, the outlet reported the woman's legal team advised her to stay quiet, as the questions constituted an invasion of privacy.