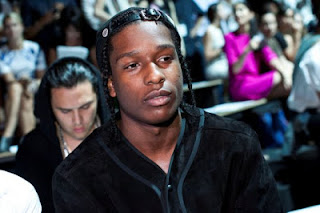 ASAP Rocky has broken his silence and says he hopes to ‘move forward’ after being found guilty of assault in Sweden.
READ: Gunmen kill headhunter, son in Kogi
Federal Government Bans Forex For Food Importation

The rapper was handed a suspended sentence and was ordered to pay a fine over the assault, after a fight broke out between Rocky and two men who claimed his bodyguard had broken their headphones. ASAP and his team maintain it was in self-defence as the men refused to leave them alone.

Speaking on Instagram, he wrote: ‘I am of course disappointed by today’s verdict. I want to say thanks again to all of my fans, friends and everyone who showed me love during this difficult time. ‘Imma keep moving forward. Thank you to my team, my management, attorneys, label and everyone who advocated for justice.’

Following the incident, ASAP was held in Swedish prison, causing massive fan outcry for his release which even went as high as President Trump trying to call for his freedom. However the Swedish authorities refused for a month before he was let go.