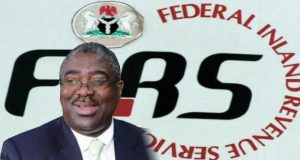 Chairman of the Federal Inland Revenue Service (FIRS), Babatunde Fowler, whose four-year tenure expired on Saturday, has gotten a query from the Presidency, rather than a letter extending his tenure.

In a letter circulating on social media and dated August 8, 2019, Abba Kyari, chief of staff to the president, gave Fowler up till tomorrow to respond to the query — two days after his tenure would have expired. He was appointed for a renewable term of four years on August 18, 2015.

“Furthermore, we observed that the actual collections for the period 2015 to 2017 were significantly worse than what was collected between 2012 and 2014. Accordingly, you are kindly to explain the reasons for the poor collections.

“Please accept the assurances of my highest regards.”
on August 19, 2019