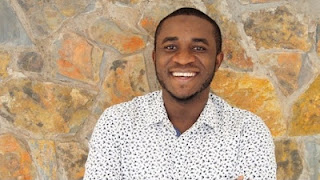 The US Federal Bureau of Investigation (FBI) has arrested Nigerian entrepreneur, Obinwanne Okeke of conspiracy to commit fraud running into the sum of $12m.

This was disclosed in an affidavit made available to the press on Friday, by Marshall Ward, a special agent employed by the United States Department of Justice. According to the information disclosed, the investigation was premised on a complaint lodged by representatives of Unatrac Holdings Limited for being victimized in the fraud.

Obinwanne Okeke (born 9 November 1987) is a Nigerian entrepreneur and the founder of Invictus Group. In 2016, he was named by Forbes as one of ‘30 Entrepreneurs Under 30 to Watch’. He was also listed among 100 Most Influential Young Africans 2018