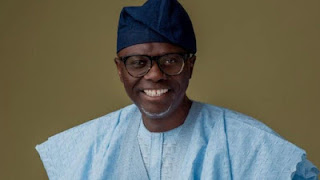 The Lagos State House of Assembly, on Monday confirmed 35 out of the 38 nominees of Gov. Babajide Sanwo-Olu for appointment as Commissioners and Special Advisers in the state. The three rejected nominees are Ms Adekemi Ajayi-Bembe, Mr Obafemi George and Prince Olanrewaju Sanusi. They were rejected during during confirmation at its plenary. The confirmed nominees are:
READ: Comedian AY Thankful To God As He Celebrates Birthday

Before their confirmation by the House, the Speaker, Mr Mudashiru Obasa, invited each nominee for brief introduction during plenary. During the exercise, the nominees promised to serve the state conscientiously in whichever portfolio assigned to them by the governor.

After a voice vote on each nominee by the Speaker, the House confirmed 35 out of the 38 nominees as commissioners and special advisers-designate. The speaker directed the Clerk of the House, Mr Sanni Azeez, to forward the list of the confirmed nominees to Gov. Sanwo-Olu. He said that the governor could still re-nominate those rejected by the House, if he so desired. The House adjourned plenary until Aug. 27.