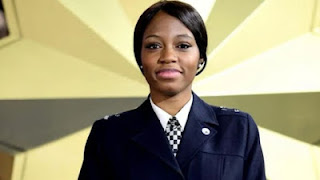 Following her participation in the widely followed reality television show and alleged romance with fellow housemate Gedoni, it was claimed that the Met Police were considering firing Kareem especially for not seeking approval before taking part in the show.

On Wednesday, she said, “No action has been taken By the Met Police authorities yet.
In fact, they are waiting for me to come back to work. I will travel back to the United Kingdom soon and we would talk about all these things.”