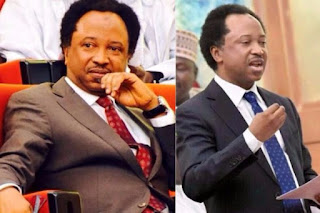 Former Chairman of the Senate Committee on Foreign and Local Debt, Senator Shehu Sani, yesterday said that the charges filed against the Publisher of Sahara Reporters, Omoyele Sowore, contradicts the philosophy of progressivism being practiced by the governing All Progressives Congress (APC).

Sani who represented Kaduna Central in the 8th Senate told The Nation that the country’s democracy is being hampered by the growing culture of intolerance and opposing opinions. He added that the President’s desire to build and leave behind an anti-corruption legacy should not be cited in the “Human rights graveyard”

He appealed to the government to drop the charges of money laundering and treasonable felony filed against Sowore. Sani said “Sowore’s trial is unnecessary and uncalled for. It would only further stain the human rights record of this administration and diminish and dent the moral standing of our country.

“There is a climate of fear, intimidation and intolerance in the country and this contradicts the philosophy of progressivism the ruling establishment purports. The nation’s democracy is imperiled by a growing state culture of intolerance of dissent and opposing opinions.

“The President’s desire to build and leave behind an anti-corruption legacy and tower should not be cited in the Human rights graveyard. If the ruling establishment is confident of its moral standing and support base, it should defeat Sowore with superior ideas and not persecute him.

“Sowore’s charges amounts to electrocution of freedom. The Democratic credentials of any elected Government is not simply about the legitimacy of its mandate, but about the degree of its tolerance to dissent and its compliance with the fundamental principles of freedom.

“I appeal to the Federal Government to drop the charges filed against Sowore. Our Democracy is becoming inhabitable and inhospitable to its ideal content. When a state equates dissent to disloyalty, it progressively decays under the weight of its courtiers.”