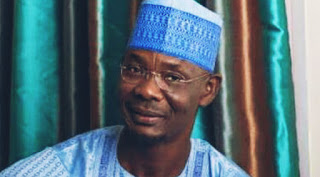 The March 9, 2019 governorship election which brought Governor Abdullahi Sule of the All Progressives Congress (APC) into power has been affirmed by the Governorship Election Petition Tribunal sitting in Lafia, Nasarawa State.

Mohammed also added that Ombugadu’s petition failed to prove the allegation of over-voting, non-voting and non-compliance with the Electoral Act. The chairman of the tribunal also argued that the petitioner had also failed to prove how collation was disrupted and other claims of illegal cancellation and falsification of results.

He stated further that the burden of proof lay with the petitioner and he had failed to prove the allegations and failed to produce two sets of results (original and fake) to prove that the outcome was falsified in favour of the APC candidate. “Hence he failed to prove that, we, therefore, uphold the result declared by the Independent National Electoral Commission,” the chairman said.