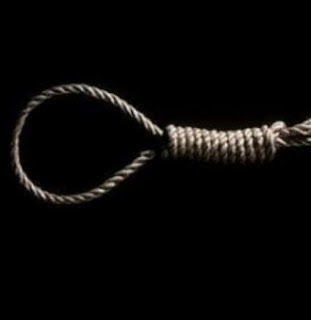 People of  Epe-Ekiti in Ijero Local Government Area of Ekiti State were shocked when they learnt that Opeyemi Oluwafemi, a 17-year-old boy living in the neighbourhood, had committed suicide. Oluwafemi, who had been declared missing for over 10 days, was reportedly found on Saturday around 4:30pm with his lifeless body dangling on a tree opposite his father’s house.

Multiple Sources from the area, who craved anonymity, said the deceased was allegedly chastised by his angry father who serially tortured him with dangerous objects, a development that reportedly led the teenager to take his own life.

They said the deceased’s father was a drunk and often maltreated and tortured Oluwafemi and his mother every night. A source disclosed that on the said day, the boy who was planning for his external examination was beaten as usual and had to escape when he could no longer bear the pain. He said, “Subsequently, all efforts to locate him proved abortive and he did not return to the house as expected.

“However, the offensive odour and flies which took over the vicinity caught the attention of members of the community who later discovered the decomposing body of the young man dangling on the tree”. The Ekiti State Police spokesman, DSP Caleb Ikechukwu, confirmed the incident, saying the command has set its machinery on motiin to unravel the remote and immediate cause of the ugly development.

”I can confirm to you that at about 4:30 of 26/10/2019, the body of 17-year-old Opeyemi Oluwafemi was found hanging  on a tree in a nearby bush at Epe Ekiti. ”However, I cannot confirm at present if the father has been arrested but investigation is ongoing, ”Ikechukwu said.