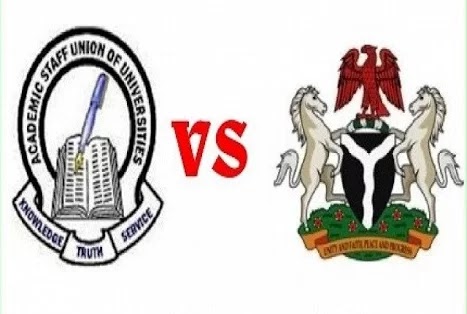 The Academic Staff Union of Universities (ASUU) is preparing to shutdown academic activities in universities across Nigeria following the October 31st deadline for all employees of the Federal Government in Ministries, Departments and Agencies (MDAs) to enroll in the Integrated Payroll and Personnel Information Systems (IPPIS).

The Federal Government through a presidential directive had said MDAs that failed to enrol on IPPIS by the end of this month, would be denied their due emolument. The ASUU Coordinator, Ibadan Zone, Dr. Ade Adejumo, who was supported by the union’s chairman and investments secretary, Prof Deji Omole, and Prof Ayo Akinwole, respectively said during a press conference on Sunday that the IPPIS failed to capture the peculiarities of Nigerian universities and its weaknesses would culminate into serious problems for members of ASUU when each of them attains 60 years of age.

According to Adejumo, “IPPIS is too rigid a platform that discountenances the peculiarities of the university system in the sacred areas of replacement or recruitment of academics, mobility of academic staff for visiting, adjunct, part-time and sabbatical offers.

“Not only these, academics are chopped off the platform at the age of 60, thereby creating bottlenecks in the collection of salaries and emoluments because once the name of a staff is removed, such victim will continue to frequent Abuja until it is rectified.

“The victim, not only abandons his duty post, but faces the hazards on the Nigerian roads among others. The platform also does not capture the Earned Academic Allowances and remunerations due to academics who retire before the age of 65 and promotion arrears.”

Adejumo stated that the IPPIS clearly violates the Universities Miscellaneous Provisions (Amendment) Act 2003, which provides in section 2AA unequivocally, that: “The power of the council shall be exercised, as in the Laws and Statutes of each university and to that extent, establishment circulars that are inconsistent with the Laws and Statutes of the university shall not apply to the universities.”

The IPPIS, he said further, contravenes the ASUU-FGN Agreements of 1992, 2001 and 2009, adding that paragraphs 5 to 10, 1992 ASUU-FGN Agreement stated that the universities should be allowed to operate in compliance with their enabling laws, statutes, rules and regulations in conformity with due process and within the laws of the land.