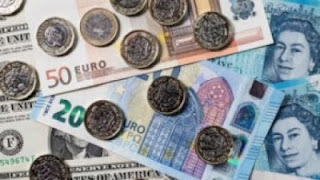 The British pound value has reduced when compared with dollar and the euro after UK lawmakers on Tuesday rejected the government’s proposed timetable for passing legislation to ratify its Brexit deal.

The vote leaves Prime Minister Boris Johnson’s vow to leave the European Union by the end of the month in doubt. Johnson sent an unsigned letter to the European Union requesting a delay to Britain’s exit from the bloc but added another note in which he explained that he did not want a “deeply corrosive” Brexit extension.

Johnson had previously said he would rather be “dead in a ditch” than ask for any extension to the Oct. 31 deadline. But he was compelled, by a law passed last month by opponents, to send a letter to the bloc asking to push back the deadline to Jan. 31 after lawmakers thwarted his attempt to pass his EU divorce deal on Saturday.