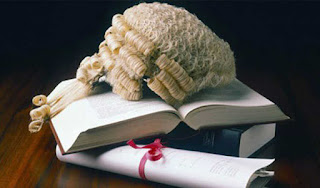 Gunmen have abducted another judge this time in Benin City the Edo state capital. Justice Chioma Nwosu-Iheme of the Benin Court of Appeal was kidnapped yesterday on her way to the court.

The Edo State Commissioner of Police, Mr. Dan-Mallam Mohammed, who confirmed the incident to Channels Television, says a manhunt has been launched to track down the gunmen and rescue the judge.

Justice Nwosu-Iheme is known to be Nigeria’s first female judge to study law up to the Ph.D. level, specialising in the law of intellectual property. Her abduction comes days after a federal high court judge in Akure, Ondo state justice Abdul Dogo, was freed by kidnappers who had abducted him on Tuesday.