US military dispose of Baghdadi’s body at sea 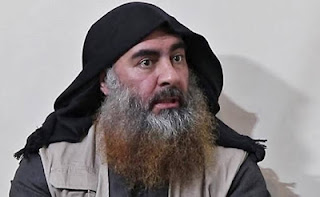 The body of Islamic State group chief Abu Bakr al-Baghdadi was buried at sea by the US military after he killed himself during the weekend raid on his Syrian hideout, a Pentagon source told AFP.

No details were given on where or when the body was disposed of, but it paralleled the 2011 sea burial of Al-Qaeda leader Osama bin Laden after he was killed in a US special forces raid in Pakistan.

“The disposal of his remains has been done, is complete and was handled appropriately,” said General Mark Milley, Chairman of the Joint Chiefs of Staff.