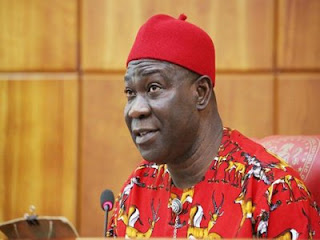 Former Deputy President of the Senate, Sen. Ike Ekweremadu, has called on the International Parliament for Tolerance and Peace (IPTP) holding in Ethiopia, to pay special attention to the xenophobic attacks on the African continent. Mr Uche Anichukwu, his Media aide, said in a statement that Ekweremadu made the call on Monday at the opening plenary of the IPTP, October session in Addis-Ababa.

Ekweremadu, who chairs the Legal and Legislative Affairs Committee of the IPTP said ”since we are holding this session in Africa, permit me to mention the issue of xenophobia, a development that worries me. “There is a growing trend in acts and incidences of intolerance, which is destroying the brotherhood, peace, and mutual relationship among the people of Africa. “As a special parliament focusing on tolerance and peace, we will not close our eyes to the cases of xenophobia wherever it exists.

“I also appeal to our brothers and sisters in Africa to not only continue to tolerate, but to also respectfully accept one another as one people with a common destiny.” The former Speaker of the Parliament of the Parliament of the Economic Community of West African States (ECOWAS), however, commended the Prime Minister of Ethiopia, Ahmed Abiy, for his efforts at promoting tolerance and peace in the East African nation.

He also commended the prime minister for ending Ethiopia’s 20-year hostilities with Eritrea. “It is instructive that the efforts of this government to engender peace was recently recorgnised with the bestowal of the Nobel Peace Prize on Prime Minister Ahmed Abiy. The award is his contribution in driving the deal that ended the nearly 20-year old border hostilities between Ethiopia and Eritrea.

“I hope that our presence and work here will help to reinforce Ethiopian Government’s policy of preaching and working for tolerance with its neighbours, which is yielding peace. “I also hope that the prime minister’s vision of tolerance and peace will transcend the East African region and impact the rest of Africa, he said.