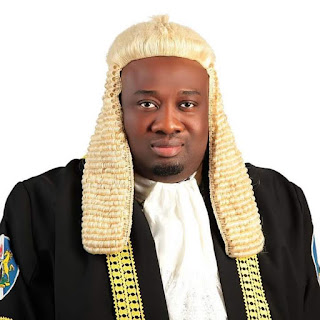 Deputy Speaker of the Cross River House of Assembly, Mr Joseph Bassey has commended President Muhammadu Buhari for ordering a forensic audit of the operations of the Niger Delta Development Commission from 2001 to 2019.
Bassey, who spoke in an interview with News Agency of Nigeria (NAN) on Friday in Calabar, urged the president not to relent in prosecuting the offenders after the audit exercise. He lamented the poor state of rural development in the South South region, adding that some few individuals had looted what was supposed to bring collective development to the people.

According to him, the Calabar-Itu-Akwa Ibom Federal Highway is in need of urgent intervention from the Federal Government. “I strongly commend Mr President for ordering the audit of the commission. Also, I want to commend the Minister of Niger Delta Affairs, Sen. Godswill Akpabio, for standing firm to that.  “However, I am soliciting for the immediate intervention of the Calabar-Itu road because as we speak, a journey from Calabar to Akwa Ibom that ordinarily should be for an hour is now five hours.