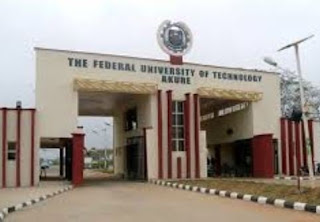 The Federal University of Technology Akure (FUTA) has expelled six students for bullying their peer, simply known as Bolu, in an off-campus hostel on November 17. Video of the battery of the student trended on the social media last week, forcing the university authority to immediately suspend the assaulters.

A statement signed by the University’s Deputy Director, Corporate Communications, Mr. Adgbenro Adebanjo, noted that an investigation panel recommended their expulsion “in line with the position of Page 48 of the 2019/2020 Students Handbook which prescribes expulsion from the University for Students who engage in, ‘Physical assault or battery on another student outside the university premises.’”

Adegbenro said the students were punished, not because of public outcry, but because their behaviour contravened the university’s code of conduct for students. “FUTA will not tolerate any form of indiscipline or breach of university regulations,” he said. Popoola, one of the assailants and the only male of the six, said the victim did not offend him. He explained in an online interview that in trying to stop the battery, he joined in and went too far.

He said: “She (Bolu), did not offend me…she had issues with (the) other ladies and it was a coincidence I went there that day for something else. “I left when I saw many people and was not okay with the atmosphere, but was asked to stay and calm things down because I am familiar with most faces there.”