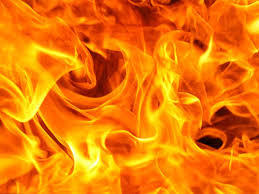 Thugs on Monday morning set ablaze the state secretariat of the Social Democratic Party, SDP in Kogi state just a few days to the governorship election in the state.

Meanwhile, on Sunday, the SDP state secretariat located opposite the Lokoja Local Government Secretariat around Paparanda Square, IBB way, was vandalized. The chairman of the party in the state, Mouktar Atima, accused the ruling All progressives Congress, APC, of allegedly “releasing their boys to unleash terror on our party.”

Atima said, “No amount of harassment and destruction will deter the party and its Governorship candidate from contesting and winning the Saturday election. We remain undaunted. We appealed to party faithful not to be discouraged over the recent development.” Meanwhile, the Kogi State Police Commissioner, Hakeem Busari, confirmed the incident, saying investigations are on to bring the culprits to book.
LOCAL NEWS