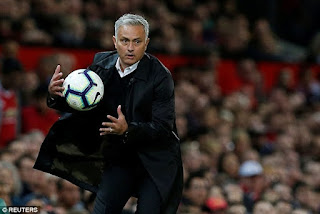 Mourinho has signed a contract until the end of the 2022/23 season. Spurs sensationally sacked Pochettino yesterday after a series of poor results.

The 47-year-old had guided Spurs to the Champions League final last season. But they underwhelmed in the Madrid showpiece and lost 2-0 to Liverpool. Mourinho, who was axed by Manchester United 12 months ago, has now been tasked with reviving the clubs fortunes.