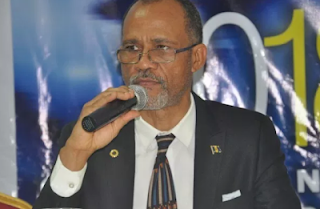 A killer disease known as gastroenteritis has invaded Lagos, Southwest Nigeria, with 117 residents of the state affected by the disease.

Gastroenteritis, also known as infectious diarrhea, is inflammation of the gastrointestinal tract—the stomach and small intestine. Symptoms may include diarrhea, vomiting and abdominal pain. Fever, lack of energy and dehydration may also occur.

In view of the outbreak, the Lagos State Government reiterated the need for citizens to maintain high standard of personal and environmental hygiene at all times as part of the measures to prevent the outbreak of epidemics, especially the spread of gastroenteritis also known as vomiting and diarrhea which has been reported in the State.

Commissioner for Health, Prof. Akin Abayomi who stated this on Thursday while reviewing the situation report of cases of the gastroenteritis recorded in the State after the weekly biosecurity update meeting disclosed that 117 cases of the disease had been seen at health facilities in five local government area.