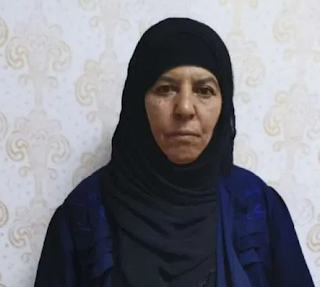 Turkish President Recep Tayyip Erdogan has stated that his country's forces have captured one of the four wives of the slain leader of the Islamic State group, Abu Bakr al-Baghdadi, days after it captured the elder sister, Rasmiya Awad.

Erdogan made the announcement while delivering a speech in the capital of Ankara, in which he also criticised the United States for making a fuss over the killing of Baghdadi.

“The United States said Baghdadi killed himself in a tunnel. They started a communication campaign about this. But, I am announcing it here for the first time: We captured his wife and didn’t make a fuss like them. Similarly, we also captured his sister and brother-in-law in Syria” Erdogan said.