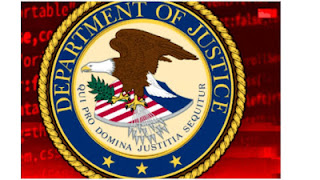 Olu Victor Alonge, charged along with six other Nigerians with a multi-year wire fraud scheme, has been sentenced to a 10-year imprisonment by a court in Georgia, United States. He was sentenced by U.S. District Judge Timothy C. Batten, Sr., on October 30, 2019 and ordered to pay $1,835,279.00 in victim restitution, according to a statement by the Department of Justice U.S. Attorney’s Office, Northern District of Georgia.

Thirty-five year-old Alonge, known also as Serge Damessi, Didier Baraze, Mobo Marcus Adeh, Ayo Baraze and Nicolas Soglo had pleaded guilty to an online dating website scheme. Three other Nigerians have also pleaded guilty to the 60 counts of wire fraud, money laundering, identify theft and the use of false passports.
.
“The conspirators in these cases, including some who were overseas, used fake personas on online dating websites to trick individuals, including elderly retirees, into giving them large amounts of money,” the statement said. The conspirators spent weeks building online relationships with victims before taking hundreds of thousands of dollars, often from retirement savings or inheritances.

Alonge and the others created fake online dating profiles using photos of men and women that were sometimes public figures like government officials or models and targeted the elderly, Pak said. “These conspirators often targeted vulnerable individuals who possessed financial assets and in some cases spent months cultivating romantic relationships with them through online messaging, text messaging, and voice calls”, US Attorney’s office said.

Onebunne and Adara have pleaded guilty and are awaiting sentencing. Ipoade and Oladipupo are awaiting trial dates. Two other defendants are fugitives and their identities remain sealed. Alonge, Onebunne, Ipoade and Adara will face immigration removal proceedings after the completion of their criminal cases if convicted, the release said.