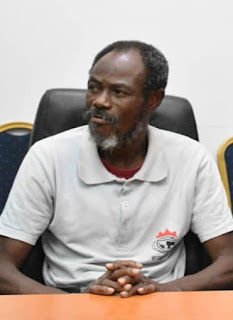 A Pastor, Moses Adeleke, with Living Faith Ministries has been released from the captivity of Boko Haram. The pastor, was abducted by the terrorist group in April while on a journey to distribute relief materials at Chibok.

He was released on Monday morning to the Borno state government alongside a woman, Ndagilaya Umar, of Government Science Secondary School, Askira Uba in Borno State. Speaking on how he rejected Boko Haram’s offer to renounce Christianity, he said:

“They asked me to stop my prayers and be praying like them. I told them it's the same prayers we are doing together to same God and since it's the same God that owns all of us. So they left me,” he explained.

He also said he was always attentive anytime the insurgents preach to him and never argued with them or ask questions, a development which made one of them develop interest in him, and later freed him.