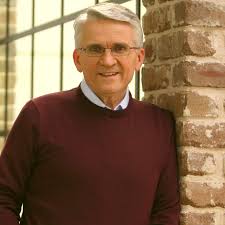 Berni dymet Devotional-  Topic:Christmas, Just Imagine!
John 1:14 The Word became a man and lived among us. We saw his divine greatness—the greatness that belongs to the only Son of the Father. The Word was full of grace and truth.


Can I ask you something? What exactly does a Christmas tree with decorations and presents have to do with Christmas? It’s so incongruous when you think about it. When all along, the point of Jesus coming has nothing whatsoever to do with our nice little traditions.

Can you just imagine being there at the very first Christmas? Just wind the clock back and imagine the sheer wonder of seeing Jesus lying there in that manger. It’s just too amazing even to begin to imagine … or is it?

We have this habit of idolising Christmas. Please don’t take me the wrong way, but we’ve built up a whole legend – the presents, the roast turkey, the family gathering, the kids’ pantomimes – not to mention the shopping and feeding frenzy … all those quaint little Christmassy traditions that we have … most of which, by the way, were invented in the last 150 years.

So let me take you back to that first Christmas in that smelly stable where Mary – like every mother before her and since – gave birth to a baby in quite some pain and discomfort; not in some nice sterile hospital, but out in the back shed amongst the animals.

And yet … of this very common, very ordinary event, God has this to say through John the Apostle:

John 1:14 The Word became a man and lived among us. We saw his divine greatness—the greatness that belongs to the only Son of the Father. The Word was full of grace and truth.

John calls Jesus the Word of God – God speaking to us in a language that we can actually understand. And the whole point of Jesus coming is that we can now see God’s divine greatness, His grace and His truth.