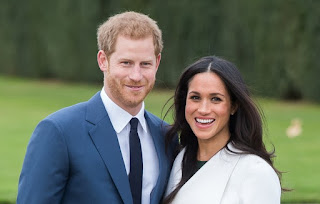 A campaign to try and strip Prince Harry and Meghan Markle of their titles as the Duke and Duchess of Sussex has failed. Angry residents in Sussex signed a petition to have their royal names changed and it was backed by 3,800 people.

The titles were given to the couple by The Queen after they got married in Windsor, Berks in May last year. The petition was led by anti-monarchist campaigner Charles Ross who said the decision to give them the titles was "morally wrong" and "disrespectful."

He also said it was "entirely non-democratic" and a "'symbol of oppression by the wealthy elite." However, last night Brighton and Hove City councillors - who had to discuss the motion at a council meeting - rejected it.

The petition - set up in September - read: "We the undersigned petition Brighton & Hove Council to reject the usage of the titles 'Duke of Sussex' and 'Duchess of Sussex' by the individuals Henry ('Harry') Windsor and Rachel Meghan Markle as morally wrong and disrespectful to the county of East Sussex.

"As residents of Brighton and Hove we call on Brighton and Hove Council to not refer to these individuals by such titles which we believe to be entirely non democratic and symbolic of the oppression of the general public by the wealthy elite.

"Neither will Brighton Council invite or entertain these individuals nor afford them any hospitality or courtesies above and beyond that of an ordinary member of the public."

Speaking at a full council meeting last night, council leader Nancy Platts said: "I am aware that there are passionately held views on either side of the argument about the monarchy which are legitimate.

"However, that is not a matter for local authorities and we obviously do not have the power to remove titles. That is a matter for the Crown.

"The council has a number of pressing issues it has to prioritise, such as homelessness, climate change, the effects of austerity, ensuring the economic and social wellbeing of the city's residents.

"Although I fully respect the views held by people on both sides of the argument, given the more pressing challenges we have, I do not believe this would be a proper use of council time and resources to progress the proposals in the petition.

"I would therefore ask the council to note the petition and thank Mr Ross for presenting it."

Despite the concerns the royal couple - who live in Frogmore Cottage in Windsor, were well received by huge crowds of well-wishers on a visit to Sussex in October last year.