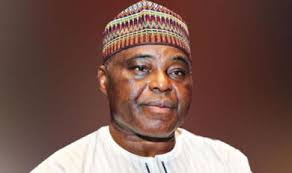 A chieftain of the Peoples Democratic Party in Edo State, Chief Raymond Dokpesi, on Tuesday dismissed reports that he left the opposition party to join the ruling All Progressives Congress, saying that nothing impressed or attracted him to the ruling party.

There were reports that Dokpesi, who is the founding chairman of DAAR Communication, left the PDP with Pastor Osagie Ize-Iyamu, who was the party’s governorship candidate in 2016 election. But Dokpesi, speaking with journalists after a meeting with members of the PDP at his country home in Agenebode, said there was no iota of truth in the report.
on December 18, 2019