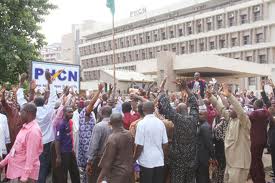 The National Union of Electricity Employees (NUEE) has suspended the strike it embarked upon on Wednesday.

The union took the action, which lasted 24 hours, after a 21-day ultimatum issued Saleh Mamman, minister of power, to implement its demands. It had said there was no other option but to down tools since Mamman failed to initiate a dialogue before the ultimatum lapsed at midnight on Tuesday.

But in a statement on Thursday, Joe Ajaero, general secretary of NUEE, said the union decided to shelve the strike after a meeting with the federal government. He said all the concerns of the union and its members were addressed in the meeting which lasted till the early hours of Thursday.

“Following the agreement reached between NUEE and representatives of Government this morning, on all the issues in contention, the Union wishes to suspend the industrial action it embarked upon to press home these demands,” the statement read.