Fani-Kayode reacts to sack of Fowler by President Buhari 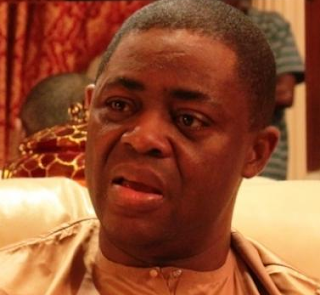 Femi Fani-Kayode has reacted to the sack of Tunde Fowler as Chairman, Federal Inland Revenue Service, FIRS, by President Muhammadu Buhari on Monday. Buhari had announced Muhammad Nami, as Fowler’s successor and has forwarded his name to the Senate for approval. Reacting to the development, Fani-Kayode said he had predicted’s Fowler’s removal. He wrote on his twitter handle:

“Finally, Fowler of FIRS is out and, just as I predicted, he has been replaced by a northern Muslim. When will Tinubu and Osinbajo finally accept that they were outflanked, outmanoeuvred, fooled and scammed into betraying their own people by the Fulani cabal. More to come!”