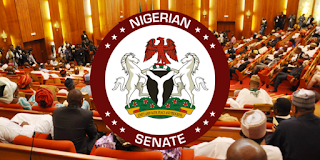 The Senate on Tuesday has summoned the Minister of Interior, Rauf Aregbesola to explain details of the visa on arrival policy introduced by the Federal government.

President Buhari had announced that the new policy will come into effect from January 2020, but lawmakers argue that the policy is in furtherance of the continental free trade agreement which needs to be domesticated. Senator Olubunmi Adetunmbi who cited Orders 42 & 52, moved a motion on the urgent need to seek domestication of the African Continental Free Trade Agreement by Act of the National Assembly.

Senator Gabriel Suswam noted that “We must legislate on the policy before it is implemented. Let them bring the Immigration Act to amend so as to put this into consideration. The motion is in order and the President should send the Immigration Act for us to amend”.