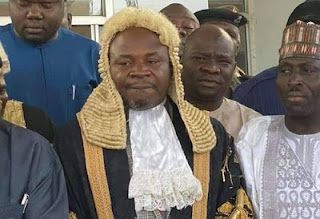 The Taraba State House of Assembly on Monday, elected Joseph Kunini as the new Speaker of the Assembly. Also elected is Hamman-Adama Abdulahi, as the Deputy Speaker.

The election followed the resignation of the former speaker, Mr Peter Abel Diah and his deputy, Alh Muhammad Gwampo from the positions.

The assembly, which convened on Monday morning, elected an impeached deputy speaker, Gwampo as Speaker pro tempo who chaired the election. His election was unanimous with 16 of the 24 members present at the sitting.
LOCAL NEWS