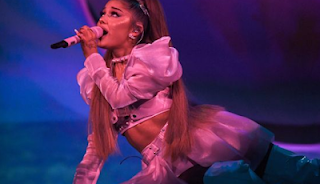 Ariana Grande is being sued for copyright infringements along with more than a half-dozen other songwriters.

The lawsuit has been filed by hip hop artist Josh Stone, who performs as DOT, who claims that 26-year-old Ariana's 2019 Grammy-nominated single '7 Rings' was plagiarised from a song he recorded two years earlier.

The lawsuit filed in US District Court in New York, states that Ariana had copied his song 'You Need It, I Got It', with "highly regarded musicology experts" backing this assertion.

Stone's attorneys said in court papers: "Indeed any comparative analysis of the beat, lyrics, hook, rhythmic structure, metrical placement and narrative context, by musicology experts or everyday listeners alike, demonstrates clearly and convincingly that '7 Rings' copied 'I Got It'"