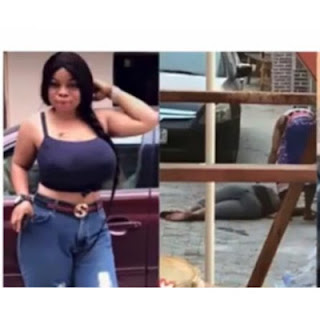 A young woman died from injuries sustained when stray bullets from a soldier's gun hit her. The Soldier was invited by the dead woman's sister to assault a neighbour who dared to challenge her for leaving outstanding bills and packing out without clearing it. The neighbour accosted her and insisted she must clear her bills but instead she called up a soldier to beat up the neighbour.

According to Viral News,a scuffle ensued between the two and two bullets from the soldiers gun killed the elder sister of the woman who called the soldier.  The soldier quickly fled after the act and when men of the Rapid Response Squad arrived, they whisked the woman and neighbour away.