N8.5 billion to be spent on Enugu airport 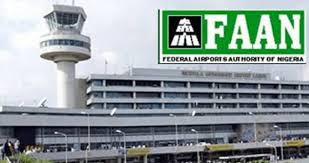 Although President Muhammadu Buhari approved N10 billion for the work, not everything will be spent on it, he said. According to him, the contract cost is N8.5billion, adding that the balance of N1.5 billion is with the Ministry of Aviation. Yadudu spoke when he and other aviation agency heads appeared before the House of Representatives Committee on Aviation.

Nigerian Airspace Management Agency (NAMA) Managing Director, Fola Akinkuotu, told the lawmakers that a 600-meter runway extension done in 2010 failed six years after. He said the collapse necessitated the major repair work because it requires base stabilisation to ensure it does not fail again. The lawmakers urged the contractor to ensure that the work is completed before Easter.

“Aircraft must land at Enugu Airport before Easter,” the committee’s chairman Nnolil Nnaji said. The lawmakers said they visit the airport within three weeks to see the extent of work. The contractor, David Emerson, said they were adding concrete pavements at the end of the runway. “We will meet the date,” he said, noting that their concern was getting the specified stones for the runway.

“We have visited a lot of quarries for stones that meet specifications. We’re worried about getting the stones within the compressed time as communities are blocking our trucks. Nnaji told him to work with the governors of Southeast states to solve the problem. The project consultant, Mohammed Sani Baba, said by the time they were through with the runway, a fully-loaded Boeing 747 (400 series) should be able to land and take off from Enugu Airport.

“If it can do that all other aircraft is child play,” he said. The airport was closed last August 24. Minister of Aviation Hadi Sirika, on January 2, said the airport would be ready before Easter. Speaking during an inspection, he said he said he was satisfied with the progress of work.