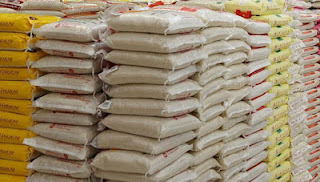 The Commanding Officer FOB, Captain Peter Yilme, told reporters yesterday that the arrests were made along the Unyenge, Effiat and Mendoro creeks in five operations by his men on routine patrol in their gunboats.

Handing over the suspects and items to the Nigeria Customs Service (NCS), Yilme said the command would remain steadfast in fighting illegalities on the waterways in line with the directive of the Chief of Naval Staff.