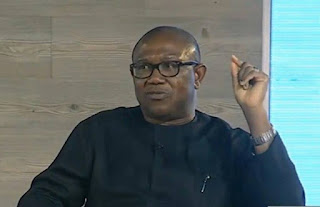 The Peoples Democratic Party(PDP) vice presidential candidate during the last general elections, Peter Obi has stated that Adams Oshiomhole, the National Chairman of the ruling All Progressive Congress(APC), would not have been a governor during his time if PDP did what APC is doing now.

Obi made this known while addressing journalists at his Abuja residence on Tuesday, 21st January.“I am speaking here, not just as a leader of PDP, but one of the beneficiaries being in government for 16 years for doing what is right.