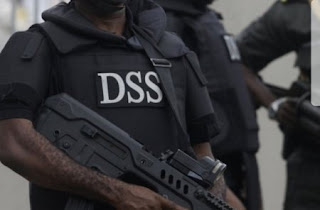 A 28-year-old single mother, Ms Odegua Okojie has taken the Department of State Security (DSS) and a Lebanese businessman, Charles Makhoul, to court for illegally detaining her for nine days. In the suit No. FHC/B/cs/120/2019‎ filed at the Federal High Court, Benin, the applicant claimed that during the detention she was denied access to her lawyer and family members and that her telephone was seized.

Joined in the suit is the DSS Director-General and the Director, DSS Edo Command. Ms Okojie stated that she was first taken into the DSS facility in Benin before she was whisked to Abuja without her knowing the offence she has committed. She said on the night she was taken into custody, her two-year-old daughter cried and wandered about all through the night before she was recovered from the roadside by her school teacher who came to pick her to school.

She disclosed that while being detained at the DSS facility in Abuja, she was forced under video recording to accept the sum of N6 million as compensation for the atrocities meted on her by the Lebanese businessman who she said she had lived with as a minor to adulthood. Okojie said the illegal detention from July 9 to 16, 2019, was not only an infringement on her fundamental human rights but was also unlawful and unconstitutional. She is demanding the sum of N300 million as compensation and damages over the violation of her fundamental rights by the 1st to 3rd respondents.

The applicant is also asking the court to award her N50 million as exemplary damages for the unlawful and unwarranted infraction on her rights. When the case came up before Justice M G Umar, counsel to the 3rd respondent filed two applications for extension of time to enable him file a counter-affidavit to the one filed by the applicant.