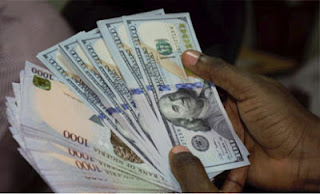 Central Bank of Nigeria (CBN) on Sunday said customers can deposit dollar into their domiciliary accounts but are not allowed to transfer it to another party. In a statement, CBN, Corporate Communications Director, Isaac Okorafor, said  the apex bank had not  prohibited the acceptance of foreign currency  cash deposits by Deposit Money Banks (DMBs).

He further explained that “Only electronic fund transfers into Domiciliary accounts can be transferred from such accounts while cash deposits into such accounts can only be withdrawn in cash also. He urged stakeholders and other interested parties to always endeavour to seek clarification on issues and avoid speculative tendencies which are detrimental to the financial system.

Analyzing the state of the economy and foreign exchange market, a member of the CBN-led Monetary Policy Committee,  Prof. Adeola Adenikinju, had expressed fears over  inflation persistence, the continuous decline in foreign reserves, the liquidity surfeit in the economy, the negative current account balance, the poor state of the fiscal sector, fall in prices of financial assets, and the bearish outlook for the oil sector. He said the foreign exchange markets were generally stable aided by the foreign exchange interventions of the CBN.

Email ThisBlogThis!Share to TwitterShare to FacebookShare to Pinterest
Labels: BUSINESS