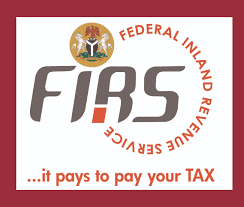 The agency is also targeting a minimum of N8.5trillion tax this year, its executive chairman, Mr. Muhammad Nami, said on Friday. The $10billion is the amount which the African Union Illicit Financial Flow Report said Nigeria was losing.

But speaking at the opening of the 2020 Corporate Plan Retreat in Abuja on Friday, Nami said he had embarked on a comprehensive tax collection reform process “anchored on four cardinal pillars of rebuilding FIRS’ institutional framework; robust collaboration with stakeholders; building a customer or taxpayer-centric institution; and making the FIRS data-centric institution.”

He explained that the N8.5trillion tax target would be made up of N3.7trillion oil tax and N4.8trillion non-oil taxes. He said that FIRS was gradually weaning Nigeria off its dependence on oil revenue  with non-oil taxes  accounting  for 60% contribution to the total collection  of taxes in 2019. Reviewing the agency’s performance in 2019, he said it “achieved a total tax revenue collection of N5.26trillion against a target of N8.8trillion which translated to about 60% target achievement for the year.”

This performance, he said “was slightly lower than the 2018 collection of N5.3trillion by N57billion or 1.07%. Oil tax collection for the year was N2.1trillion which was 49% achievement of its annual target of N4.3trillion. This accounted for 40% contribution to the total collection.” He put non-oil taxes collection for the year at N 3.2trillion which was 70% achievement of the annual target of N4.5trillion. This also accounted for 60% contribution to the total collection.

The FIRS chief pledged that the service would play its “strategic role in the nation’s political economy, including supporting the actualization of President Muhammadu Buhari’s administration’s commitment of moving the country up on the Ease of Doing Business Ranking and taking 100 million Nigerians out of poverty over the next 10 years and rebuilding Nigeria’s critical infrastructure.”

Addressing the press on the sidelines of the retreat,  the Director, Communications, FIRS, Dr. Abdullahi Ismaila, noted that “the FIRS Chairman, his board and team have also set a target of improving the agency’s  performance over the next four years by a “minimum target of $5 million staff-to-revenue- ratio and a 10% tax-to-GDP ratio.”