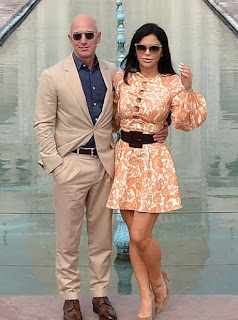 Amazon boss Jeff Bezos is engaged to his girlfriend Lauren Sanchez, her brother has claimed in a lawsuit. Michael Sanchez referred to Bezos as his sister's 'current fiance', according to the defamation lawsuit he filed in Los Angeles.

The Hollywood talent manager is currently suing Bezos and his security consultant Gavin de Becker for defamation. Sanchez alleges that the Amazon founder and his team falsely told reporters that he was the one who provided n3de photos of Bezos to The National Enquirer.