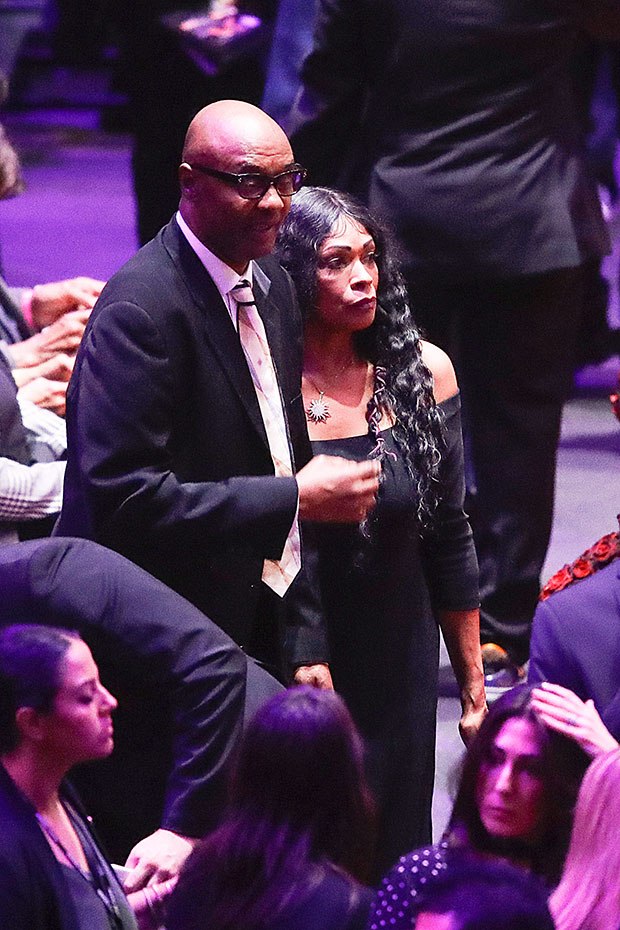 Kobe Bryant’s parents, Joe and Pam, looked in shock as they mourned their son and granddaughter, Gianna, at their public celebration of life at the Staples Center.

Kobe Bryant‘s estranged parents, Pamela and Joe Bryant, were seen paying tribute to their late son and granddaughter, Gianna Bryant, during their beautiful memorial at the Staples Center. Though Kobe hadn’t spoken to his parents in several years, Vanessa welcomed them to the celebration of life with open arms to mourn as a family.

Joe and Pam were seen at the beginning of the memorial holding each other tightly, clad in all-black clothing, as Beyonce opened the show with two gorgeous performances of “XO” and “Halo”.

The grieving parents were supported by Kobe’s friends at the event. Lakers legend Magic Johnson was seen crying as he gave Pam a gigantic hug. Another Lakers alum, Derek Fisher, was seen warmly greeting Joe as they arrived at the Staples Center, sitting right by a stage covered in stunning flowers.