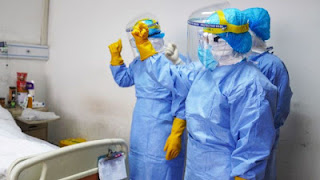 The coronavirus infection has now killed 827 persons in Italy with 196 new deaths recorded in the last couple of hours.

The total number of cases in the country has also risen from 10,149 to 12,462, according to the Civil Protection Agency. The death toll is the largest in a day since the outbreak started in December 2019, extending the country’s record of 168 deaths in 24 hours.

The country is the second worst hit from the virus in the world, after China, where it broke out in December. The Italian government already extended its emergency measures, which include restrictions on travels and public gatherings, to the entire country.

It had also ordered a lock down in the entire northern region which has a population of 16 million people to check the spread of the disease. Tedros Ghebreyesus, its director-general, had said in the past two weeks, the number of infections from the virus has increased 13-fold outside the outbreak epicentre in China, while the number of affected countries has tripled.

Nigeria’s index case is as an Italian business traveller, who flew into the country through Murtala Muhammed International Airport in Lagos, on February 24. He is currently receiving treatment at the Infectious Disease Hospital in Yaba, Lagos. One of those who had contact with the Italian has also tested positive for the disease.