Coronavirus- Zimbabwe to reintroduce use of US dollar 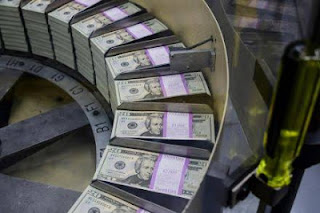 Zimbabwe has re-introduced the use of foreign currency for domestic transactions in what was seen as a bid to tap into private forex savings as the country gears up for the battle against the novel coronavirus.

In a statement the central bank governor John Mangudya said the move is part of “measures to mitigate the devastating impact of COVID-19 on the Zimbabwean society and the economy”. The government outlawed the use of foreign currency as legal tender last June after having used a basket of currencies when hyperinflation forced the government to ditch the Zimbabwe dollar in 2009.

The US dollar became the main currency for payment of goods and services, but a shortage of greenbacks forced the government to introduce a quasi currency called the bond note which was supposed to be equal to the US dollar in 2016.
on March 27, 2020