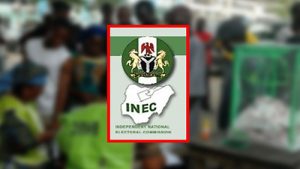 The Independent National Electoral Commission (INEC) is proposing 34 amendments to the Electoral Act, it was learnt Monday.

Its Director of Legal Services, Oluwatoyin Babalola, said there are certain shortcomings in the electoral legal framework that needed to be addressed through legislation. Also, Lagos State Resident Electoral Commissioner Sam Olumekun said the delimitation of constituencies was long overdue in accordance with the 1999 Constitution.

He said the last constituency delimitation was done “more than a long time ago, “adding that the population of the country and registered voters have increased exponentially, thereby underscoring an urgent review for proportional and fair representation. The INEC Chairman, Prof. Mahmud Yakubu, said the agency is committed to the review of the electoral act to enhance better conduct of elections.

The electoral officers spoke in Lagos Monday at the opening of a week-long retreat on the review of the electoral legal framework jointly organised by the commission, the European Centre for Electoral Support (ECES) and the International Foundation for Electoral Systems (IFES).