Man Who Murdered Abuja Based Lawyer In Lagos Hotel Arrested 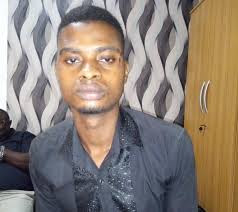 Police Inspector, John Babalola, on Wednesday narrated to an Ikeja Special Offences Court how a lodger; Joshua Usulor, who allegedly murdered a lawyer at the Citiheights Hotel, Opebi, Lagos, was caught by authorities.

Babalola testified as a prosecution witness in the trial of Usulor, a 21-year-old chef.Equally important, Usulor was accused of murdering Mrs Feyisayo Obot, an Abuja-based mother of two; who was also a lodger at the hotel.

The witness, who was the Investigation Police Officer (IPO) of the case; was led in evidence by lead state prosecutor, Mr Olakunle Ligali. He told the court that, on January 31, 2019; a case of murder was transferred to the State Criminal Investigation Department (CID) Panti; from the Area F Police Division, Ikeja Lagos.

He said after he received the statements of witnesses and filled the Coroner Form for the performance of an autopsy; he and members of his team visited the crime scene. “Photographs were taken at the scene. We demanded the CCTV footage to know what took place on January 26, 2019. The management of the hotel took us to a room where we watched the footage.
“I demanded the lodgers’ book and it was given to me. I discovered that the name the defendant gave was Adedeji which was different from his actual name. Then I asked the hotel staff, if this is how guests give random names. They said that they do not want to chase customers away with too many questions,” Babalola said. Thereafter, the IPO said that he traced the whereabouts of Usulor from a mobile phone he left at the hotel; and after a month, he was able to locate the defendant and his team lured him with a job offer.

“On February 28, 2019, I was able to track him to Intercontinental Hotel. Immediately I saw him, I recognised him because of the distinct way that he walks. He was also holding a copy of his CV. “I approached him, introduced myself and immediately he said, ‘Officer wait, I know what I have done. I will tell you,’ and immediately we took him to state CID,” he said.

Babalola said that at the police station, Usulor was cautioned and he gave his statement; where he confessed to the alleged crime. “He said that on January 23, he lodged at the hotel and on the next day; he met the deceased. They spoke and exchanged room numbers and that he told the deceased that he was a chef. Also, he told her that he was looking for a job.

“He said on January 26, he went to her room and she asked who was at the door. Then he told her he was a staff of the hotel, and when he got inside the room; he saw N27,000 on the table. The defendant said he took the money and asked her if she had more money and she said; “No”, and that it was her employer that even paid her hotel bills; and he took a knife, stabbed her and slit her throat,” the IPO said. The policeman said that according to Usulor; he took Obot’s two mobile phones; a Samsung and an iPhone and made an attempt to leave the hotel but was accosted by front desk staff.

Babalola testified that the defendant gave the hotel staff the deceased’s mobile phones as collateral; and promised to go to an ATM to withdraw some money to pay his outstanding bills. But he never returned and on his way, he threw the murder weapon into a canal. “After giving his statement he said that nobody sent him to commit the murder.

“The next day, he changed his story and said that it was a guy that he did business with; that sent him and he gave me the guy’s number. I tracked the number and brought him to the station. “When I confronted the guy, he said he knew Usulor but denied the accusation. I made him confront the defendant and Usulor denied that the guy sent him to commit the crime.

“He said the guy is owing him N900,000 and he wanted the police to track him on his behalf; and that the guy did not send him to commit the murder. But he wanted the guy to pay him his money. I immediately berated Usulor for his actions,” he said. The prosecutor, at this point of Babalola’s testimony, tendered Usulor’s statement to the court as an exhibit.

However, Defence counsel, Mr Spurgeon Ataene, raised an objection to tendering of the statement; on the grounds that it was obtained under duress. Justice Oluwatoyin Taiwo immediately ordered a trial-within-trial. During the trial-within-trial, Babalola denied torturing Usulor while he gave his statement in custody.

“My lord, we do not have any torture equipment in our office; and it is against our rules and regulations,” he said. While being cross-examined by Ataene; the IPO said that Usulor wrote three statements while at the state CID.

“The first statement admitted that no one sent him to kill the deceased; but the second statement said a master sent him while in his third statement; he exonerated the master that allegedly sent him,” he said.

Babalola said that there was no video recording of Usulor’s statement being taken; because the state government had at the time not made provisions for a video recorder. Further, he added that no lawyer was present. He denied using electricity to torture the defendant which had allegedly made him unconscious and hospitalised.

“The defendant one night cried out that Feyisayo Obot’s spirit was disturbing his life and that; he could not sleep and was restless, and that was why he was taken to the hospital,” the IPO said. Earlier during proceedings, two front desk staff of Citiheights Hotel – Ms Lateefat Adebayo, a receptionist; and Mr Olabanji Ibitunde, Operations Manager, while led in evidence by Ligali; narrated how they attended to Usulor when he lodged in the hotel.

Adebayo said that Usulor while providing his details during his check-in at 10a.m. on January 23, 2019; gave a false name as “Adedeji Ayodele” and had lodged in room 311. “I asked him to fill a form and he described himself as a student and he paid cash. He paid N30,000 which was for one night. After checking him in, I did not see him again, he did not come downstairs.

“Around 12p.m. on January 24, was when the money was due; I called him and he said he would check-out at 6pm in the evening. I said I will add half-day and he said it was okay,” he said.
‘‘On Jan. 26, 2019, I was not on duty and my colleague called me that a guest I had checked-in has killed a guest in room 501. I resumed for night duty on January 27. I was arrested and taken to Panti where I gave a statement,” the receptionist said.

Ibitunde in his evidence; narrated how he confronted Usulor over his outstanding N42,000 hotel bill when he was checking out. “When a guest is having an outstanding bill, we take their luggage. I looked into his luggage and he had just a pair of jeans and a pair of shoes. But he had three mobile phones; an Itel, Samsung and an iPhone.

“I collected the iPhone and the Samsung because they can cover the cost of the outstanding bills; and he promised to come back to pay. I called his number but it was busy. After he left, we noticed that a guest was murdered in a room. Thereafter, we checked his room and observed some bloodstains.

“We checked the CCTV and noticed that he went into Feyisayo’s room at 7.23a.m.; and came out at 7.34a.m. He was running out of the room. We went to Usulor’s room and we also noticed blood stains and in Fisayo’s room; she was on the floor with clothes covering her and her throat sliced,” he said.

Ibitunde identified Obot’s body through crime scene photographs shown to him. Also, the CCTV footage of Usulor was tendered as evidence by the prosecution. On cross-examination by Ataene; the operations manager said that three staff were on duty at the reception when the alleged crime occurred.

Usulor, a chef, is facing a charge of murder; contrary to Section 223 of the Criminal Law of Lagos 2015. He allegedly killed Obot, an employee of an Abuja-based Non-Governmental Organisation, Save the Children.

Obot was also a lodger at the Citiheights Hotel and was in Lagos for a few days; to write a project management examination. The judge adjourned the case until April 1 for continuation of the trial-within-trial
on March 19, 2020