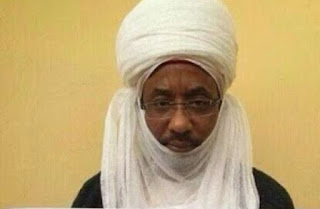 Deposed Emir of Kano, Lamido Sanusi, has approached the Federal High Court in Abuja to enforce his fundamental rights.

Sanusi, who was deposed as Emir by the Kano State government last Monday was taken to Awe in Nasarawa State where he is said to have been in confinement. The former Emir is seeking an interim order of the court directing his immediate release from detention.

He prayed the court to order his release from “the detention and or confinement of the respondents and to restore his rights to human dignity, personal liberty, freedom of association and movement in Nigeria, (apart from Kano State) pending the hearing and determination of the applicant’s originating summons.”