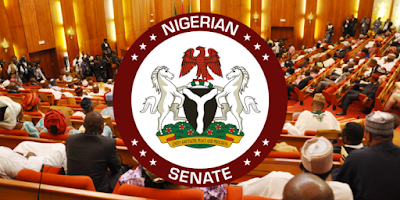 The senator representing Niger South, Bima Enagi, has introduced a bill that seeks to ban the importation of generators in Nigeria.

The bill, titled “a bill for an Act to prohibit/ban the importation of generating sets to curb the menace of environmental (air) pollution and to facilitate the development of the power sector,” was one of the six bills read for the first time on Wednesday.

The bill prescribes, at least, ten years imprisonment for any person who knowingly sells generator sets.

Other details of the bill obtained by Premium Times hows that the ban shall not include generator sets used for essential services which include:

“Approval for exclusion shall, however, be obtained from the Minister in charge of Power, who shall brief the Federal Executive Council quarterly on approvals granted.”
The bill further directs “all persons to stop the use of electricity generating sets which run on diesel/petroI/kerosene of all capacities with immediate effect, in the country.”

“This bill seeks to ban the importation and use of generating sets (generators) in the country and to curb the menace of environmental pollution which leads to potential health hazards it poses to the whole nation,” part of the document read.

The lawmakers are expected to debate the details of the bill on another legislative day.