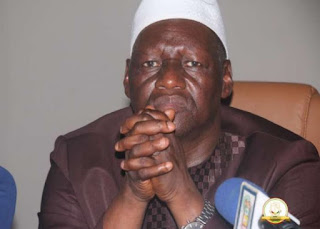 A top government official in Guinea and close ally of President Alpha Conde has died from the novel coronavirus, the government said on Sunday.

Sekou Kourouma, who was secretary general of the government and a former minister, was taken ill last week and died in Conakry on Saturday. “Several senior state officials (have died) as a result of complications related to Covid-19,” the government said in a statement.

At least two other officials have died of Covid-19 – the president of the electoral commission Salif Kebe and Victor Traore, a former director of Interpol in Guinea.  Guinea has officially reported 518 cases of coronavirus. Five people have died, according to statistics released by the National Agency for Health Security on Sunday. In spite of significant natural resources, Guinea remains a poor country where the state of the health system is causing concern in the face of the pandemic.

The country was severely affected by the Ebola outbreak, which killed 2 500 people between 2013 and 2016. Conde has ordered the wearing of masks from 18 April to try to contain the spread of the coronavirus. Guineans are also facing a night-time curfew, the closing of schools, borders and places of worship, as well as restrictions on gatherings.
CORONAVIRUS- COVID 19