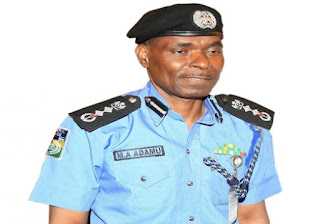 The Inspector-General of Police, Mohammed Adamu, has ordered the redeployment of Rivers State Commissioner for Police, Dandaura Mustapha.

According to a statement by Force Spokesman, DCP Frank Mba, the Inspector General of Police ordered the posting and redeployment of three senior Police Officers to different commands, formation and departments.

While the former CP of Rivers State, Dandaura Mustapha was made Provost of the Force Headquarters in Abuja, he was replaced by CP Joseph Gobum Mukan. The third officer who was redeployed was CP Musa Adze, who is to become Commissioner of P olice Anti-Fraud Unit.